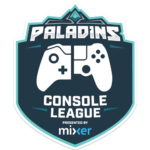 With the PCL 2019 spring phase reaching its half way mark, we’ve witnessed every team clash and compete for the top spots in their regions. While teams like Cyclone (Xbox EU), Flashpoint (Ps4 EU), and Elevate (Xbox NA) have established dominance thus far, Ps4 NA’s Onslaught & Heating Up display a far more contentious rivalry for the first-place position. On the other end of the spectrum lie teams like Big Money Esports (Ps4 NA), Retaliation (Xbox NA), and Team Viral (Xbox EU) who stare down the barrel of relegations come the end of Spring Phase. With the split half absorbed, now is a good time to recount the performances, standings, and implications for each team moving forward.

King of the Hill

It’s no secret according to most fans, and PCL participants that we can anticipate clear cut top dogs across 3 of the console regions – our single exception being Ps4 NA.
Onslaught and Heating Up have been vying for supremacy, taking one set off one another across the space of the first half of spring phase. During their first clash, oS routed HU in their Bo5 series 3-1. Shortly thereafter, oS Off Tank Dovokiin (Im Calamity) left his team in order to join HU, citing his belief it was the better option in securing LAN attendance. During their follow up battle, HU asserted dominance taking the set 3-0, although the maps were closer than the score line would imply. 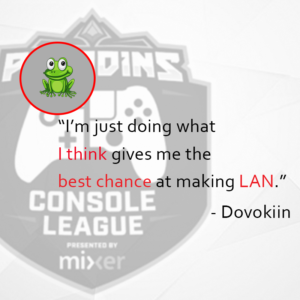 Since their last encounter, Heating Up have lost one of their most valuable players due to a suspension for misconduct. Two-time HRX champion, and Dreamhack Atlanta MVP SirJamesParker will be unable to play for HU until the conclusion of the Spring Phase. As a result, HU fielded their substitute Destronite during their week 6 skirmish against Low Key Scheming, where LKS managed to steal away one map from the weakened HU roster. While one map can seem inconsequential, this inches Onslaught closer to HU in the standings bringing the game differential to a lonely 1 – Destronite was released from the HU roster shortly after the set. Heating Up now needs to locate a key player to remedy the void left behind by the SJP suspension. Once our Bye week concludes, Onslaught & Heating Up will clash for their third time – Will Heating Up bring the 3-0 fire? Or will Onslaught prove their competition is cooling down?

While the cream of the crop will rise, the harvest is not so bountiful for all as relegations begin June 15th. The bottom 2 teams in each division will square off against fresh contenders who will have their opportunity to dethrone current PCL participants. Currently a few teams like Retaliation (Xbox NA), Big Money Esports (Ps4 NA), Team Viral (Xbox EU) – to name a few – have a lot to prove. With statistical likelihoods being low for them secure 2nd place standing or higher in their respective regions, relegations are all but guaranteed. With Retaliation showing sloppy sets against E-Storm, and Big Money Esports on the down swing after experiencing defeat to Low Key Scheming – the only team below them at the time – things seem bleak.

Of all the misfortune, Ps4 EU demonstrates some of the most contentious Console Paladins gameplay of all divisions. With Flashpoint and Arial Arise comfortably in the top two, Ehrenmanner & Stush currently don’t make the cut. While Ehrenmanner has a path to avoid relegations, it heavily relies on them dominating Arial Arise their next two encounters – a feat they have yet to accomplish on the PCL stage at all. Additionally, on Xbox EU, Radiant share a similar fate against Bustdown. More Heartbreakingly is Stush Gaming (Ps4 EU), who seem to contest Flashpoint more fiercely than any other team in their region but have yet to win a single set against anyone in their division.

With the forecast grim, the silver lining for most of these teams is they could earn back their PCL placement by defeating any potential challengers. However, depending on the region, this doesn’t seem like a simple feat to accomplish. Radiant & Team Viral might be safe as the landscape of Xbox EU doesn’t currently host any threatening challengers. Meanwhile Ps4 EU stares down the barrel of DeChillPlay as well as a new team fielding Centurio, Iteeek, and AR Slayer at its core. Considering the overall level of play emerging from Ps4 EU, it may be a tall order to expect PCL hopefuls to swipe a seat at the table.

Just a short swim over the Atlantic, North America as a region has teams who look rather fierce on the horizon. Ancients Gaming (Xbox NA) features familiar names such as PearDoggo & Emerphish, while also being able to boast about Stiles – January 2018 HRX Champion – bringing a wealth of experience to the team. With Retaliation & E-Storm appearing as unstable as they have, one can’t help but question if they can stave off relegation at all. Meanwhile with the acquisition of YatoAcosta, a revamped Stremex (Ps4 NA) Roster will seek to exploit the weaknesses in Big Money Esports as well as Low Key Scheming. Stremex without YatoAcosta had many combative sets against these same squads during Qualifiers, will this acquisition grant them edge enough to enter the PCL?

While enough matches have played out for us to acknowledge the pecking order, it will be interesting to see how teams utilize the near two weeks before their next scheduled games commence. Two weeks is a long span of time to potentially upgrade rosters, solidify strategies in scrims, and explore team identity. Time will tell if bottom half teams can shake up their formidable counter parts, but here’s hoping for a more combative second half.

Will we see any teams shake up the standings? Who do you look forward to seeing play the most going into the second half of this phase? Let us know over on twitter: Console Pro News