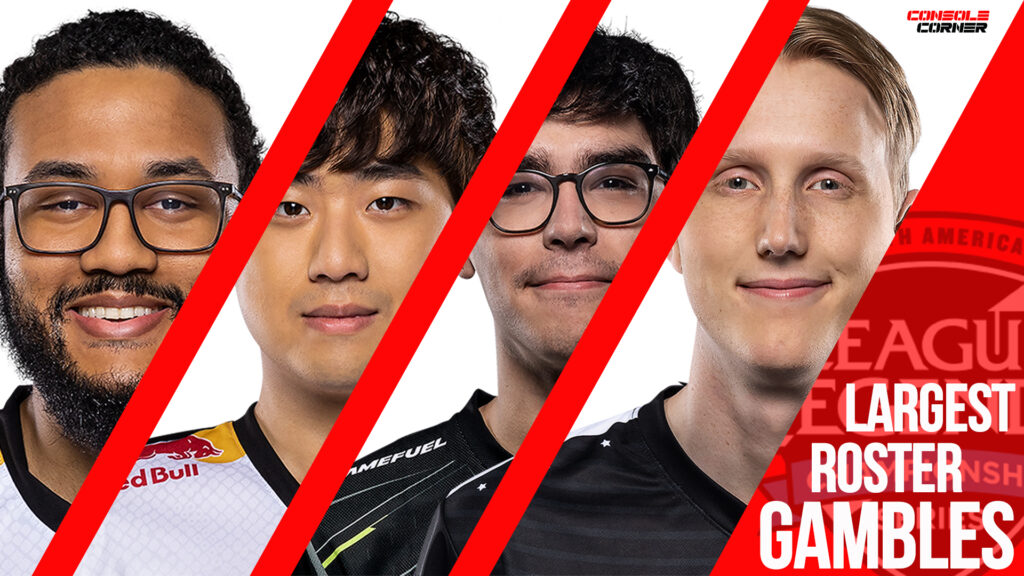 As the dust begins to settle and off-season roster shuffles draw to their inevitable closing, many opinions regarding who the biggest winners might be echo through the League of Legends community. Team Liquid, still poised to dominate the North American League of Legends Championship Series, loom above the heads of any would-be challengers seeking to dethrone their 4 split long supremacy. As such, most organizations seek to bolster their starting line-up with hopes to contend for the title. On the eve of NA LCS 2020 spring split, we’ll examine some of the most contentious, coin-flip acquisitions that may lead organizations toward the top of the table or become a cavernous pit-fall.

At the crux of our evaluation, for a player to be considered an enormous gamble they must exist within the realm of specific parameters:

In order to discern the relative value and likelihood of an organization capitalizing on their gamble – these will be the baseline factors by which we judge.

Kicking off our list with an honorable mention is Team Dignitas starting support Aphromoo. Initially, it was difficult to choose between Aphromoo and Huni, especially granted the price tag associated with the latter, we’ve at least seen shades of greatness emerge from Huni in recent splits whereas his support counterpart has seemed lackluster. Historically, Aphromoo has won multiple NA LCS titles as the support for Counter Logic Gaming (Summer 2015, Spring 2016). He also was an integral piece for CLG during the 2016 Mid-Season Invitational, where the organization was the first North American line-up to reach finals at an international event.

In spite of being one of the most respected, reputable support players within North America, Aphromoo’s 2019 was comparable to watching the light dissipate from the dying embers of a flame. At the start of the year, 100 Thieves had imported superstar attack damage carry Bang from SK Telecom T1 with hopes to develop the best bottom lane duo within the region. This resulted in abysmal finishes – rounding out spring split dead last, and placing 7th in summer – failing to make the playoffs on both occasions. During the 2019 spring split, Aphromoo sported some of the lowest stats of any starting support player within the NA LCS. He was bottom of the pack for Kill Participation (54.8%), assists (61 altogether), and wards per minute (1.21). Fortunately, his summer split statistics demonstrated marked improvement across all metrics.

We’ve seen Aphromoo’s lows, and despite the infamous placements of 100 Thieves throughout 2019, it seems as though he’s on the upswing – be it gradually. Moving onward to Team Dignitas paired with rookie ADC Johnsun, Aphromoo may be burdened with mentoring on the go or perhaps new blood will enable a malleable lane for our historic support to mold. Whether or not we’ll see Aphro return to form and make support look so easy again lies squarely upon his shoulders.

Zven is easily one of the most seasoned, historied marksmen to emerge from Europe with a trophy case most players couldn’t match throughout the duration of their esports careers. However, since joining the ranks of Team SoloMid at the start of 2018, Zven has yet to perform to expectations. In spite of being a lynchpin, late-game scaling monster with team fight prowess during his glory days with Origen & G2; most League of Legends fans are quick to forget his domestic dominance in Europe in favor of his notorious Ezreal gameplay that cost TSM a potential title in spring 2019.

As flashy and costly as that showing was, Zven is a mixed bag in terms of his performance. For instance, in summer 2019 while on TSM, Zven managed to remain squarely in the middle of the pack regarding his CS differential at 10 minutes, as well as his CS per minute. Alternatively, he managed to hold a top 2 position in metrics such as overall kills (63), kill participation (78%), as well as damage per minute (576) with respect to his position. Disregarding recency bias, Zven demonstrates the potential that counters the popular narrative of unfortunate performances on TSM.

Cloud 9 is typically known for turning rookie players into formidable talent. It’s conceivable with their player culture and coaching that they’d be able to tap into Zven’s latent potential similar to how the Namekian elder helped Gohan. The onus falls on Zven to show us if this arcane shift will help him return to his origins or if it will impale C9’s hopes at the title.

Evil Geniuses acquired two players who are contentious selections, but between former Team Vitality mid-laner Jizuke and former 100 Thieves ADC Bang, only the latter holds multiple world championship titles. No other import from any region into the NA LCS has defied expectations quite like Bang. Initially brought in to lane with Aphromoo with hopes to construct a beastly bottom lane, this duo was more like a kitten’s meow than a lion’s roar. Rounding out spring 2019 in last place, and finishing summer in 7th – our multiple world champion never seemed more out of form.

A far cry from his former glory, Bang managed to remain middle of the pack across most statistics when compared to his competition with one singular outlier – damage share. For 100 Thieves, Bang managed to contribute the most damage share of any ADC player in the NA LCS with a whopping 31.3% overall. Beyond his numbers, transitioning away from Aphromoo and into a lane with Zeyzal, it’s difficult to diagnose if this would remedy issues in performance at all. While true Zeyzal had a far superior year in 2019 than Aprhomoo, only time will reveal if this change yields any tangible benefits.

Evil Geniuses talk a big game about their ambitions to topple Team Liquid from their ivory regional throne, but investments into players who have been flailing recently seem adverse to that goal. Perhaps their scouting is privy to information a pessimistic outsider can not grasp, they are geniuses after all – time will tell if securing Bang was the 200iq choice or not.

An exceptional regional talent, Dardoch enables any team who acquires him the ability to utilize their import slots flexibly, while still being in possession of an aggressive powerhouse jungler. However, the tale of Dardoch is as old as Shuriman sands. Marred with behavioral issues, as first emphasized in Breaking Point, this NA native has bounced around a myriad of organizations hoping to capitalize on his talent and refine his personality. While speculation, each team’s decision to consequently release or shift him to academy seems to implicitly suggest Dardoch has yet to outgrow his toxic mentality.

If we’re to presume Dardoch has yet to develop and outstrip the negatives his ego comes equipped with, Team SoloMid is an intriguing fit. A player with a reputation for hard-headedness and aversion to collaboration, slotted into an organization that has historically tainted or crippled other premier junglers seems obtuse. After spending the last split on Optic Academy and rounding out summer with a record of 7-11, not only does Dardoch have to disprove claims of problematic behavior but also his questionable finish against academy level competition. In conjunction with sporting some of the lowest first blood rates (17%) in academy, Dardoch has a steep hill to climb.

Whether TSM can reign Dardoch in is a complete variable. Perhaps that thick skull can ward off whatever ailment TSM seems to infect their junglers with and working with quality teammates will unleash the monster within Dardoch. Either way, this is the most feast or famine roster move for North America going into 2020.